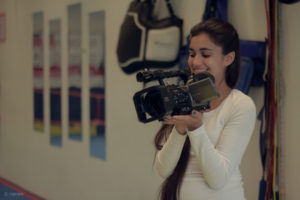 English title: The others and us

In Laives, South Tyrol, Italy, a group of 5 adolescents with Sinti descents, attend the so called “Sinti class” at the local Middle School. In a Participatory Video project they introduce us to the world, as they experience it every day.

Produced by ZeLIG
In Collaboration with Caritas
With the Support from B.L.S. Südtirol – Alto Adige
A Production of Provincia Autonoma di Bolzano

A group of Roma and Sinti teenagers was invited to make a film about the world that surrounds them.